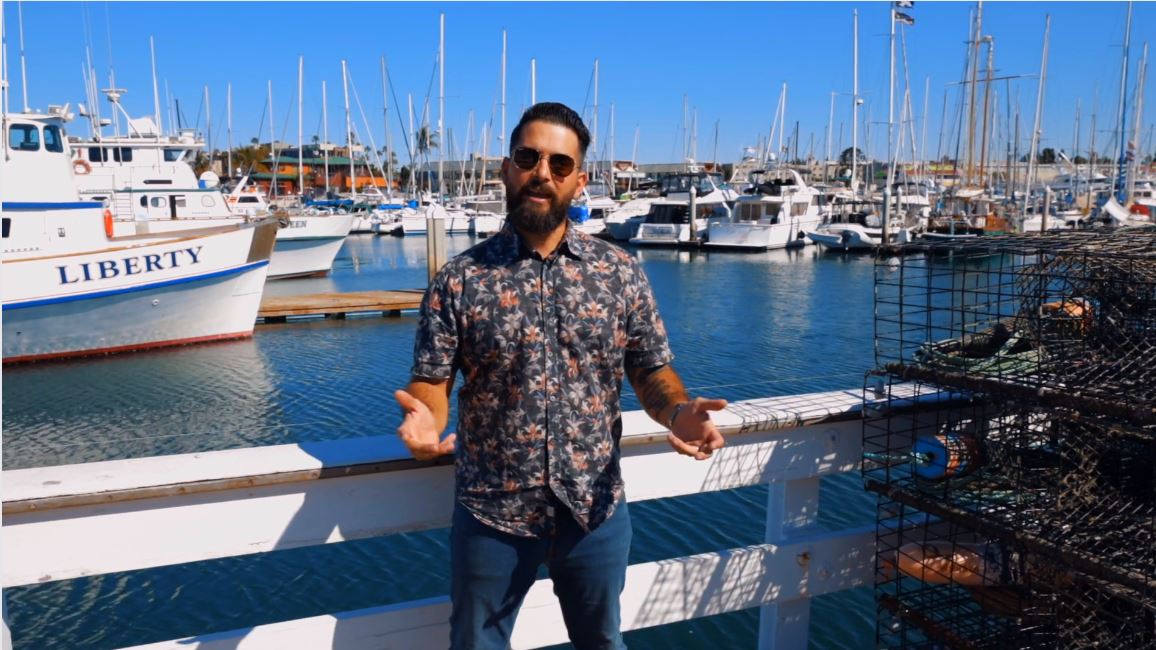 There are a lot of great neighborhoods in San Diego to choose from, today I am showing you around one of my favorite neighborhood’s Point Loma. This San Diego coastal community has a small town feel, with a lot of history — incredible views, cafes, fabulous dining and breweries including: Jennings House Cafe, Point Loma Seafoods, Mitch's Seafood and Eppig Brewing.

Born and raised in San Diego I have frequented Point Loma since I was young to watch the boats and I now I'm lucky to adventure out on fishing boat trips. I love sharing this great city with people and if you have any questions about any neighborhood in San Diego reach out.

Hey guys, I’m Mark Beach and welcome to another episode of San Diego’s Best, where the purpose of the show is to showcase the ‘Best of San Diego’ whether you’re a local like me or you’re visiting this fine city.

Meaning “Hill Point” in Spanish. Point Loma is also known to be ‘where California begun’ due to it being the landing point of the first European Expedition in 1542 by Portuguese Navigator Juan Cabrillo.

Previously home to several tuna fisheries like Bumble Bee, Point Loma is often credited as the birthplace of American Tuna Fishing and by the 1950s was the tuna capital of the world – employing over 40,000 San Diegan’s.

Though the tuna canneries have since left, Point Loma is still known for amazing tuna fishing, where you can jump on a boat for a half day all the way up to a 15-day trip and catch tuna well over 100lbs, at places like H & M Landing which has been in business since 1935.

A couple places down at the docks where you can grab something to eat and drink, would be the iconic Point Loma Seafood established in 1963, Eppig Brewing for a craft beer, or my favorite Mitch’s Seafood, where I frequently grab lunch and stare at those fishing boats planning my next charter.

Point Loma is also known for a very high military presence, home to Point Loma Naval Base, Submarine Training Facility, and lots of military housing, it also has the beautiful Fort Rosecrans National Cemetery, where you can pay your respects to the fallen war heroes, and witness one of my favorite San Diego views.

Point Loma also has Liberty Station. Once a naval training center, now consists of several locally owned boutiques, coffee shops, bakeries, bars, amazing restaurants, a high end movie theatre, and the very large NTC Park. This is a must see for visitors and a hot spot for locals.

With countless things to do, places to see, history to learn, fish to catch, that’s why Point Loma is definitely one of San Diego’s Best Neighborhoods.

There are a lot of great neighborhoods in San Diego to choose from, today I am showing you around San Diego’s only island town, the crown city of Coronado - where the residents get to enjoy the best of both waters, the Bay and the ocean surf.

Finding the Right Home for Right Now in San Diego

While your home-buying journey may not look like your neighbor’s or friend’s, broad trends can help you understand what to keep in mind as you house hunt. No one wants to regret their home purchase and taking the time now to think about exactly what you need can save a lot of heartache later.

The start of a new year always compels people to take a fresh look at their goals, from health and career to relationships and finance. With mortgage rates gradually raising (remaining low compared to 10-15 years ago), increased home sales and price growth, and a tight housing inventory, the time is right to also make some homeownership resolutions for 2022.

Thank you! Your submission has been received!
Oops! Something went wrong while submitting the form.